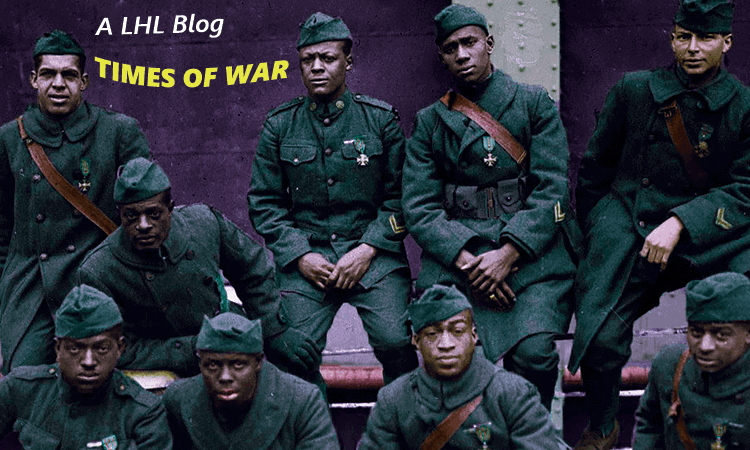 As February 2018 ends, we look back on times of war, primarily the “African Americans in Times of War” as we mark the 100th anniversary of the end of World War I and honor the black heroes that played a part in that warfare.
Black History Month is an annual celebration during the month of February, recognizing the role of blacks in U.S. history promoted by the brainchild of the movement, Carter G. Woodson and the Association for the Study of Negro Life and History. What started as “Negro History Week”, grew into a recognizance by the late 1960s in part to the civil rights movement- that of which prompted the awareness of black identity. This evolved a week into a month, but it wasn’t “officially” recognized as Black History Month until 1976, when President Gerald Ford called upon the public to “honor the too-often neglected accomplishments of black Americans…” Lawyers Help Lawyers is giving awareness to a neglected group of heroes that fought and endeavored for our country during the First Great War: 369th Infantry Regiment.
Chaos erupting around Europe with the addition of Wilsons reelection, the tides of war was bound to breach American shores. The neutrality that was once proclaimed, now inflamed and exploding for the sake of democracy. Following Wilson’s 1917 declaration of war against Germany, African Americans were called to fight and labor in the military overseas; and over 200,000 crossed the Atlantic and served in France primarily as SOS troops… This wasn’t the representation African Americans had intended but working on the docks to load and unload crucial supplies was essential for the war effort. Many though wanted to do more than stagger under heavy boxes, and when the opportunity arose, the most famous fighting unit of American Troops garnered their heroism and the 93rd Division’s 369th Infantry Regiment was the epitome of that valor. A world-class band, led by top musicians from New York (fellows from both the U.S. and Puerto Rico) nicknamed the “Harlem Hellfighters”.
Watch this short- but importantly detailed video about these heroes and their roles in our history: