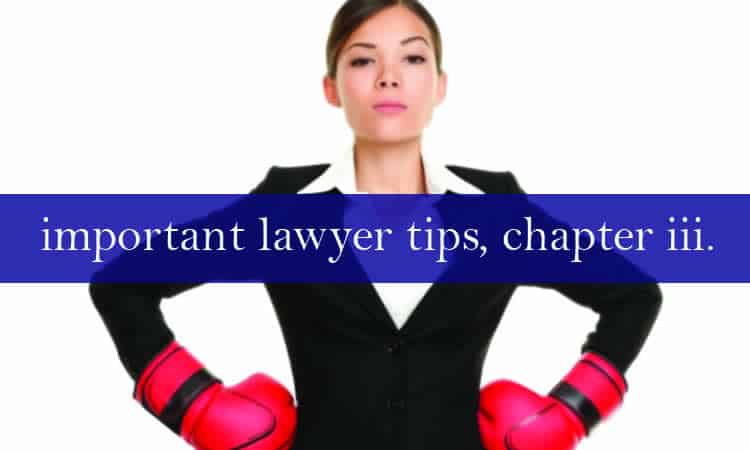 As a former lawyer, today’s tip is a no-brainer; however, it happens a lot more than you think. Even to my own recognizance. In my younger years, I had apparently insulted a judge without realizing it. That was until several years later when the exact same judge sat right next to me at a conference. Allegedly, when the judge was beginning to enter his ruling, I interrupted him and expressed concern that after the new evidence and our closing statements, he had not taken enough time to put his order together.

While to this day I not remember those exact words, I do remember mentioning to the judge that I would be okay with the him taking the matter under advisement. Nonetheless, when the judge approached me at the conference, his story was something different, so much so, that he felt the need to educate me on the matter. After this encounter I continued to see such events happen many times over my career in law, but even then, one still stands out to me.

A year ago, I was waiting for a case to be called up when I couldn’t help but observe an older attorney as he and the judge threw insults at each other. The remarks began when the lawyer told the judge that he was, “… confused about the facts in this case”; the judge promptly responded with, “I think counsel is confused about how to practice in a court of law.” At the very least it should have ended there, but the lawyer continued, destroying any shred of courtroom respect he still held. I am not sure what happened to the attorney after the rough exchanges, but I have not seen him practicing in the courtroom again. So, whether you are an attorney, a party to a case, defendant or just an observant in the courtroom, always remember to choose your words carefully while interacting with the judge or you’ll have a fight on your hands like in the video below…

END_OF_DOCUMENT_TOKEN_TO_BE_REPLACED

Supreme Court decisions are a big part of our lives, but bad SCOTUS opinions can lead to more nightmares than a John Carpenter film. A mask wearing maniac is frightening,…

END_OF_DOCUMENT_TOKEN_TO_BE_REPLACED

Last week the Supreme Court went mainstream, but it wasn’t exactly satisfying for the masses. Here is an overview of the big 10 rulings and what they entail: Abortion and…