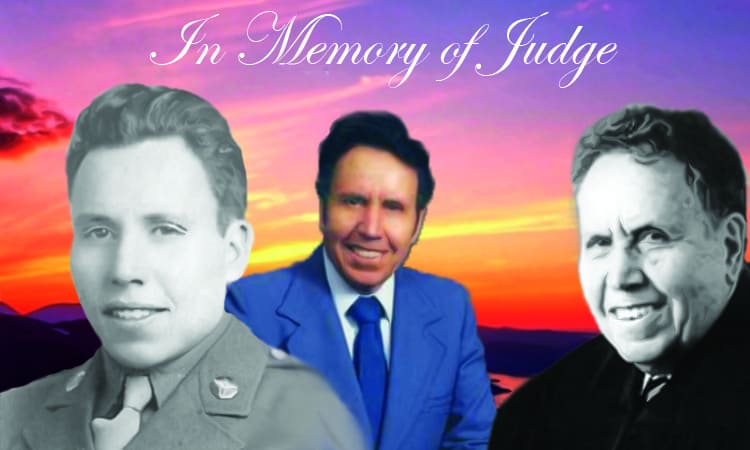 We here at Lawyershelplawyers are saddened to hear of the passing of Judge Cisneros and his wife Adelia. They were both incredible people with a deep commitment to their family, country, and community. Judge Cisneros served our country during WWII, settled in Colorado and served as a State Senator. He continued his service as a Judge.

Judge Cisneros was a pioneer in the Colorado legal field and was great inspiration to many. When founder, Colorado Attorney Leonard A. Martinez, introduce his idea of lawyershelpawyers to Judge Cisneros, Judge Cisneros jumped on board and encouraged the group to proceed with this dream.

“The advent of a bonafide online marketplace has equally beneficial implications for legal professionals with long-standing tenure as well as for those who are just getting started in the practice of law. Both buyers and sellers stand a tremendous amount to gain from use of this newfound way of practicing law”.

We were grateful and honored to have his support back then and we will miss his counsel in the future.

They will be missed, but the legacy they left behind will forever be remembered

END_OF_DOCUMENT_TOKEN_TO_BE_REPLACED

It can be an unnerving experience, even if you haven’t done anything wrong. We all recognize the need for effective law enforcement, but we should also understand our own rights…

END_OF_DOCUMENT_TOKEN_TO_BE_REPLACED

Supreme Court decisions are a big part of our lives, but bad SCOTUS opinions can lead to more nightmares than a John Carpenter film. A mask wearing maniac is frightening,…