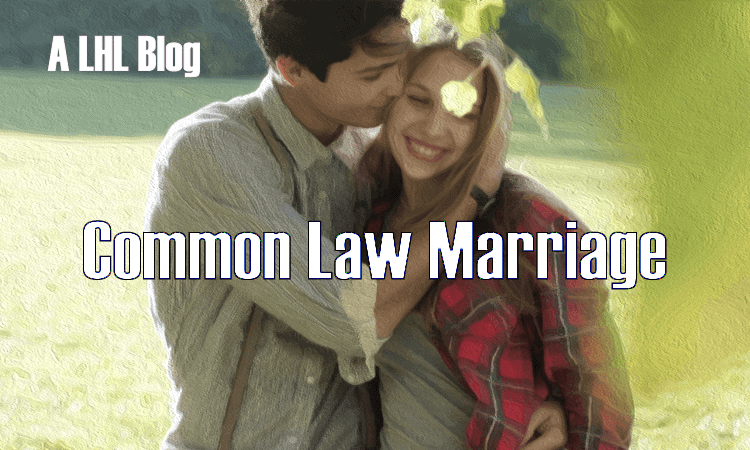 Marriage… well, it’s complicated. Even among couples who are not married but considering, knowing their legal marital status, especially if they aren’t going to be together long, is very important in today’s day and age.

When a family member or friend establishes a couple as married without having a traditional marriage, the general audience or those around will see them as husband and wife. When the state establishes a couple as husband and wife without a traditional marriage, it is known as the “common law marriage”. In our state of Colorado for example, two parties who are in an agreement to live as husband and wife will be held as such, especially legally. In addition to the consent and open assumption of the marriage, other requirements must be met and laid out under a few of the legal codes or, in our case, Colorado statues.

The common law marriage entered in Colorado after September 1, 2006, and is valid as long as both parties are 18 years of age to date or at that time. However, the marriage must not be “prohibited”, but in the statues of Colorado there currently is no set time to be declared common law married. To get a better understand of what marriages are prohibited, here are the following types:

Even if a court finds the marriage “prohibited”, the couples may still be considered a “putative spouse”, or a partner in good faith. Though putative spouses have similar rights as legal spouses, including the right to alimony and property, a relationship where the couples are seen or intend to be married legally will be looked at by Colorado divorce courts to determine the factors whether a common law marriage exists. Below is a non-exclusive list of factors from our local divorce courts:

-The couple have greeting cards referring to each other as husband and wife.
-The couple takes a surname
-The couple lists one another as a spouse on insurance forms or retirement plans
-The couple files joint federal or state tax returns
-The couple hold themselves out as married to third parties, or have the reputation of being married
-The couple has taken steps to the rituals of marriage, including a ceremony, and/or the exchange and wearing of rings.

To date, not a single factor is considered paramount, but typically claiming one another as a “spouse” in order to gain a private economic advantage (joint cell phone plane, health insurance, joint gym memberships, etc.) though potentially fraudulent, is not usually sufficient to establish a common law marriage in Colorado.

Frankly, a causal relationship is not the same as being common law married, but it is important to know the difference when couples tend to tell everyone they are married.

Remember if you are considered married by common law it will affect your legal rights after a break up, or in other words, you could be subjected to the same claims for property division and maintenance (alimony), as you would face in a traditional divorce.

For more information please check out our common law order from a district court judge in Denver that explains Colorado law as it relates to common law marriage.

Want to know more about divorce?